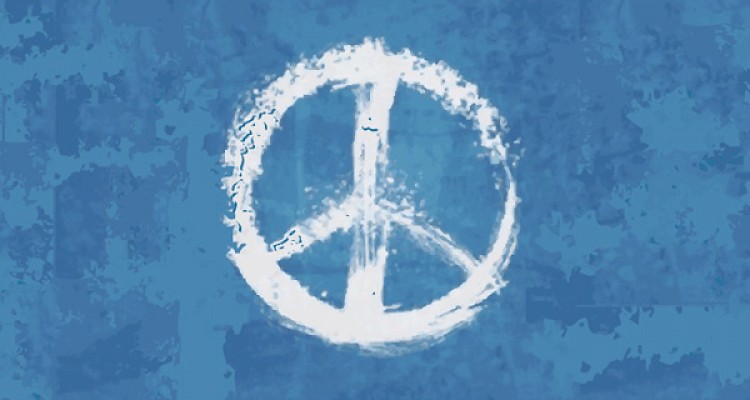 evolving macrobiotics - the spirit of gratitude

Evolving Macrobiotics - The Spirit of Gratitude

Is there a need for animal and dairy foods in macrobiotic practice? Macrobiotics is not a traditional way of eating, but it is traditionally based on patterns established by the world's long standing civilizations. I find it fascinating that these civilizations were plant-based, whose mainstays were grains, beans, vegetables and soups, which were supplemented by pickled, and fermented foods. These civilizations included animal and dairy foods in varying degrees, but mostly in limited quantities and not daily. In agricultural societies before industrialization, meat consumption rarely exceeded 5-10 kg/yr. Larger portions of meat were eaten during festivals and other special occasions, usually in the forms of roasts and stews. Rarely was meat eaten more often than once weekly. People of China, Japan, and India ate far less meat than these statistics, and Japan does not have a history of dairy consumption.[1]

We acknowledge and respect these traditions and patterns as well as the people who created them.  The greatest way we can show respect for our ancestors is to care for and nourish ourselves and the planet, as well as leave it in better shape than we found it. Macrobiotic philosophy encourages us to look at the past to help determine whether it is suitable for today and the future. Our lifestyles are no longer the same as traditional people, and we can not assume to have the same connection to nature as we did in the past. We spend the majority of our time indoors in temperature controlled environments with little or no contact with nature. This has made us far weaker than our ancestors, and even our parents. Now is a good time to reevaluate and decide whether or not animal and dairy foods are necessary and beneficial for today's people.

Macrobiotics considers personal, social, and environmental health as inseparable. There are more than seven billion people today on the planet, and what one person or group does has an effect on everyone else. We can no longer separate ourselves from the environment. It becomes more apparent every day that we can not support a global population of meat-eaters. I think it is important for macrobiotic practitioners to use care about what we recommend to others. Animal and dairy food recommendations can potentially influence thousands if not millions of people. The question for us today is: what place do they have in the present and future practice of macrobiotics?

It's clear that past macrobiotic practice was too restrictive and overly simple in its dietary and lifestyle recommendations. This undoubtedly worked for some for a period of time, however these practices eventually led to deficiencies and even illness in some people. Health depends on good nourishment, good digestion and circulation, and good elimination. Over time, dietary practices that are too simple can be just as harmful as those that are too excessive. When a vegan macrobiotic practice is based on avoiding foods, the practice inevitably becomes narrow and constrictive. If however, the practice evolves through adding the full variety of healthy plant-based foods aligned with the environment, over time the practice becomes open and flexible. The recommendation to include and supplement macrobiotic practice with animal and dairy foods due to a restrictive macrobiotics practice is a reaction, as opposed to a solution. By nature, vegan macrobiotic practice is neither too restrictive nor deficient; a healthy practice depends on the dietary choices and lifestyle habits that form while moving in the direction of health.

Many people assume that they can transition on their own. My observation and experience does not bear this out. People who seek personal guidance and education through books, cooking classes, counseling, and/or seminars have a healthier and more enjoyable practice in the short and long term. A proper education equips people with the ability to make better choices and have a more enjoyable practice. Plant-based foods provide a balanced diet of minerals, proteins, carbohydrates, fats, and vitamins when eaten in an open, flexible manner. It is easy to adjust caloric intake through the choices of grains, beans, starchy vegetables, nuts, seeds, and oils. We can increase or decrease these foods according to our needs. Macrobiotic children rarely need to think or plan using food guidelines because they are born with a natural taste for healthy foods, and already have good digestion and circulation. Once we've compromised our health and digestion, and/or our taste for healthy foods, it takes some effort to get back on track again.

A plant-based diet is not nutritionally deficient in and of itself, nor is a macrobiotic diet too low in calories. It all depends on one's approach and practice.  In addition, my clients are still recovering from serious illnesses on plant-based diets without nutritional supplements and animal and/or dairy foods; some choose to include occasional fish in their practice. The changes in our food and food quality, activity, and lifestyle practices, especially since World War II, have created the need for a more conscious effort to be well-nourished in a vegan/plant-based practice. In general, people need more variety and high quality plant-based protein in their diets. If we learn how, we can all make food and preparation choices that are healthy, delicious, and satisfying.

Over the years, the nutritional content of foods has diminished. This has lead some to think supplements and/or animal and dairy foods should be included in a plant-based diet. Food is literally condensed environment; when we eat, we break down solid food into liquid, and liquid into energy. Food provides physical, emotional, mental, and spiritual energy. About fifteen percent of food goes towards maintenance and repair, and the rest towards energy. Animal foods have a much denser, more concentrated energy than plant-based foods. This property has lead some to think that animal foods have a role in strengthening the blood.  Animal foods can strengthen the blood more quickly in the short term because the iron and protein is more readily available. However, animal and dairy foods are more difficult to process, more acidifying, and produce more waste. Animal and dairy foods break down into denser and high temperature energies, which creates passion and the need for more physical activity. Over time, this dense concentration of energy can interfere with overall health. Over-nutrition, in the form of excessively eating energy dense foods (which includes, though is not limited to: animal and dairy foods as well as some oils) has the effect of acidifying the blood and stagnating circulation.

There are instances where animal and dairy foods are appropriate. People in Northern climates with long, dark winters may need to include some animal foods in addition to fish. The Inuit people within the Arctic circle sustain themselves on a 90% animal-based diet, which is natural for them in their climate. Some people become depleted from a lengthy, restrictive vegan/macrobiotic practice, or from excessive medical treatments, or from certain illnesses. In these cases, animal and/or dairy foods may be necessary for certain periods of time to help people reestablish their health. There are also some cases where people may never fully recover their digestive health and find the need to supplement their macrobiotic practice with animal and dairy foods.  The point is, for most people, animal and dairy foods are primarily recommended as transitional foods for a temporary period to recover digestive and overall health.

Macrobiotics has the potential to guide us toward a healthy, productive future, for ourselves and  the planet. Macrobiotic practice has recreated guidelines for flexible, healthy diets and lifestyles. The guidelines developed from practices that are common and have existed throughout the world for hundreds and thousands of years. Today, a very flexible, primarily vegan macrobiotic practice allows us to eliminate past foods in healthy ways. I believe it is important to continue using our combined efforts to discover and develop the ways that are best suited for everyone. Decreasing animal and dairy foods is the most important, accessible, and collective action we can all take that serves ourselves and the planet. To say that vegan macrobiotic practice is in itself deficient creates unnecessary and unrealistic fear in people. Teaching that animal and dairy foods are needed for a successful, long-term practice is not consistent with macrobiotic philosophy. The philosophy is based on the principles of balance, harmony, and change. We are in a transitional period for ourselves and society.

In all areas of life, we understand and acknowledge that our past habits, thoughts, and actions influence us now and in the future; this understanding is most strongly evidenced by our relationship with food. What we've eaten in the past influences our thoughts, activities, behaviors, and taste. What we eat today becomes our blood tomorrow. Our body completely renews itself over the course of seven or eight years. Macrobiotics gives us the practical abilities to understand, interpret, and figure things out for ourselves.  These abilities allow us to live a more productive, creative, and exciting life.

Just as we look to the past to gather insight about food, we must also acknowledge the origins and spirit of macrobiotic practice. Macrobiotics is the most progressive way of eating and living and also has its origins in the most traditional dietary and lifestyle practices. This way of life gives us a practical ability to give back all that we have received and continue to receive from life.

As our collective consciousness grows and expands, we are becoming more aware of the connections we share to ourselves, other animals, and the planet. Of course, animal and dairy foods may be a choice for some. Overall though, macrobiotics is moving towards a more vegan practice. It is necessary as the times change to adjust the specific practices to best serve people, the planet, and the future. It is my goal to live with and express the spirit that guides macrobiotic practice: endless gratitude.