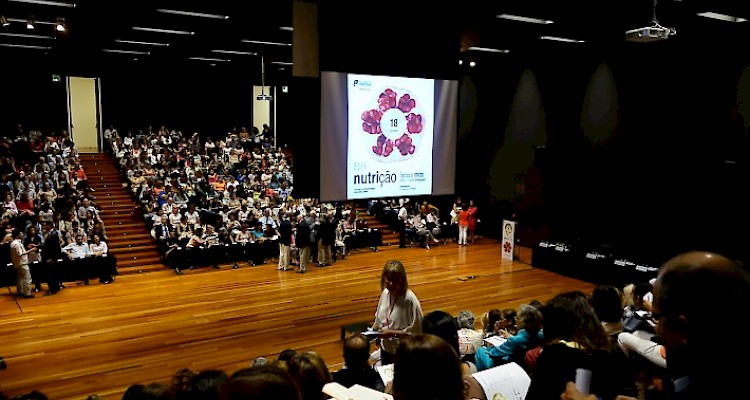 Portugal is a relatively small country – the most western – of Europe – best known for its hospitable people, sunshine, beautiful beaches and soccer players.

Unknown to most people is the fact that in this beautiful country there is a thriving community of people interested in a plant based diet, macrobiotics and natural health. In particular, a growing number of young people are changing their diet to a plant based diet in order to preserve the planet, the animals and human health.

I am the director of the Macrobiotic Institute of Portugal, a school that I started with my wife in 1985 and every year we have more and more students to whom we teach about diet, natural health, cooking and many other subjects. “The China Study” is a book that I have mentioned in classes and articles countless times over the years.

This last June (on June 19th), together with the Ministry of Health and the Surgeon General we had the honor of hosting and organizing a lecture with Colin Campbell in one of the main Portuguese universities. As far as I know, this was the only time a government of any country has fully endorsed and sponsored an event of this kind.

The auditorium had room for about 600 people and it all sold out in the first 24 hours of registration. We decided to live stream the conference and in the first day, 39,000 people from 37 different countries watched the full event, which is quite impressive.

The Surgeon General and the Secretary of State of Health introduced Collin Campbell. In their speech praising Mr. Campbell’s work, it was underlined how important it is for the Portuguese population to change its diet, in order to prevent most of modern day diseases and to save the enormous amount of money spent on health care.

Collin Campbell gave a brilliant lecture where he stressed the importance of a plant based diet, the relationship of animal protein to the modern pattern of disease as well as the limitations of modern nutritional science when applied in a fragmented, reductionist way.

The event drew the attention of all the major newspapers and magazines, which have interviewed Collin Campbell. The work going on at the Macrobiotic Institute of Portugal had also considerable media exposure, and I was interviewed about diet and health on the news for one of the main TV channels.

I have been teaching in Portugal and many other countries about the importance of macrobiotics and a plant-based diet for more than 30 years and what happened on this day was like a dream coming true. I must confess that I had never imagined to be possible to work officially on a joint event with the Ministry of Health or sitting and discussing about diet and health with the Surgeon General.

More than anything, this event made me believe that it may be possible to change the current destructive trend of humanity, in what concerns to the daily diet and the environment.

For that to happen, all of us who believe on the power of a plant based diet on solving many of the problems of the world need to speak up our mind, be good examples, and cooperate with each other.

In this matter Mr Campbell’s commitment to his field of research, his findings based on a lifetime research, and his example of vitality are great examples to be observed.