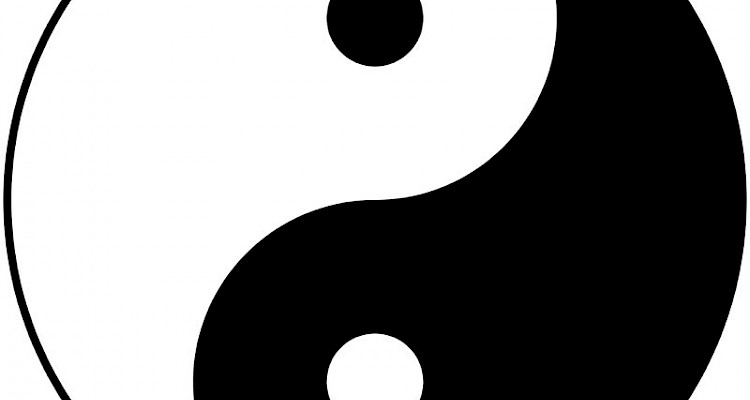 How to Overcome the Hangry Horrors

Yin yang describes how we connect to nature. For example, the experience of climbing a mountain in the sun could be described as yang compared to our experience of resting under a tree.

We use yin yang to describe our relationships with food, exercise, weather, work, activities, other people... We also describe our current state in terms of yin yang. So I might say, “I feel really yin today.” If I was not happy in that state, I could use more yang activities and foods to help me feel more yang, and therefore less yin.

Yin and yang helps us make interesting connections between our own conditions and all our possible interactions with the world we live in.

Chinese characters for yin yang dates back to the fourteenth century BC. The character for yin described the night and yang the day. Chinese philosophers recognised that humans where influenced by three powerful cycles, those of the day, moon and year. They also noted that our response to these cycles had similarities. We might notice similarities with the night, new moon and winter whilst sensing a similar response to the day, full moon and summer. Yin then represents the night, new moon, winter and yang the day, full moon and summer.

One traditional Chinese interpretation is that yang is experienced on the sunny side of the mountain and yin on the shady side. Other ways we can experience natural environmental yin yang is to see how we feel during a hot, dry, day in the summer, when there is a greater presence of yang energy compared to a cold, damp, frosty night in the winter. We could also compare the way we feel during the full moon to the new moon. During the full moon some of us become slightly more yang, and this corresponds with a three to five percent increase in car accidents, crime, and admissions to emergency rooms.

Using this definition of yin yang, I would feel more energetic, expres- sive, outgoing, social, alert, warm, active, and motivated when I sense I am more yang. When I describe myself as more yin, I feel more withdrawn, introspective, meditative, cool, relaxed, calm, peaceful, objective, clear-minded, and insightful. I would suggest you make your own list of what feels like yin or yang to you, drawing on your experience of night and day, winter and summer, and shade and sun.

We are always more yin or yang and most of the time, and this is healthy; however, sometimes we may find we experience problems from being too yin or yang. Once we have identified whether we are too yang or yin, we can simply expose ourselves to more of the opposite energy and reduce the influences we have too much of. For example, if I felt too hot and active and this was contributing to a headache, as though the sun and heat was too strong for me, I could eat all the foods I know cool me down. For me, this would be raw cucumber, grated daikon, fresh fruits, lemon water, apple cider vinegar, plain yogurt, and salads. As a result, I would feel more yin; in the past, this has resulted in my headache receding.

To read more about using yin yang for healing and food go to yin yang foods.

Yin yang can literally be applied to anything and that is one of its greatest benefits.

Practically it is most often used in the practice of subjects including macrobiotics, feng shui, shiatsu, acupuncture, traditional Chinese medicine, oriental philosophy and tai chi.

In macrobiotics different foods and cooking styles are used to create meals that once eaten could make our energy more yin or yang. Generally raw or lightly cooked watery vegetables will help us feel more yin and well cooked dryer foods like grains, beans, fish or meat would help us feel more yang.